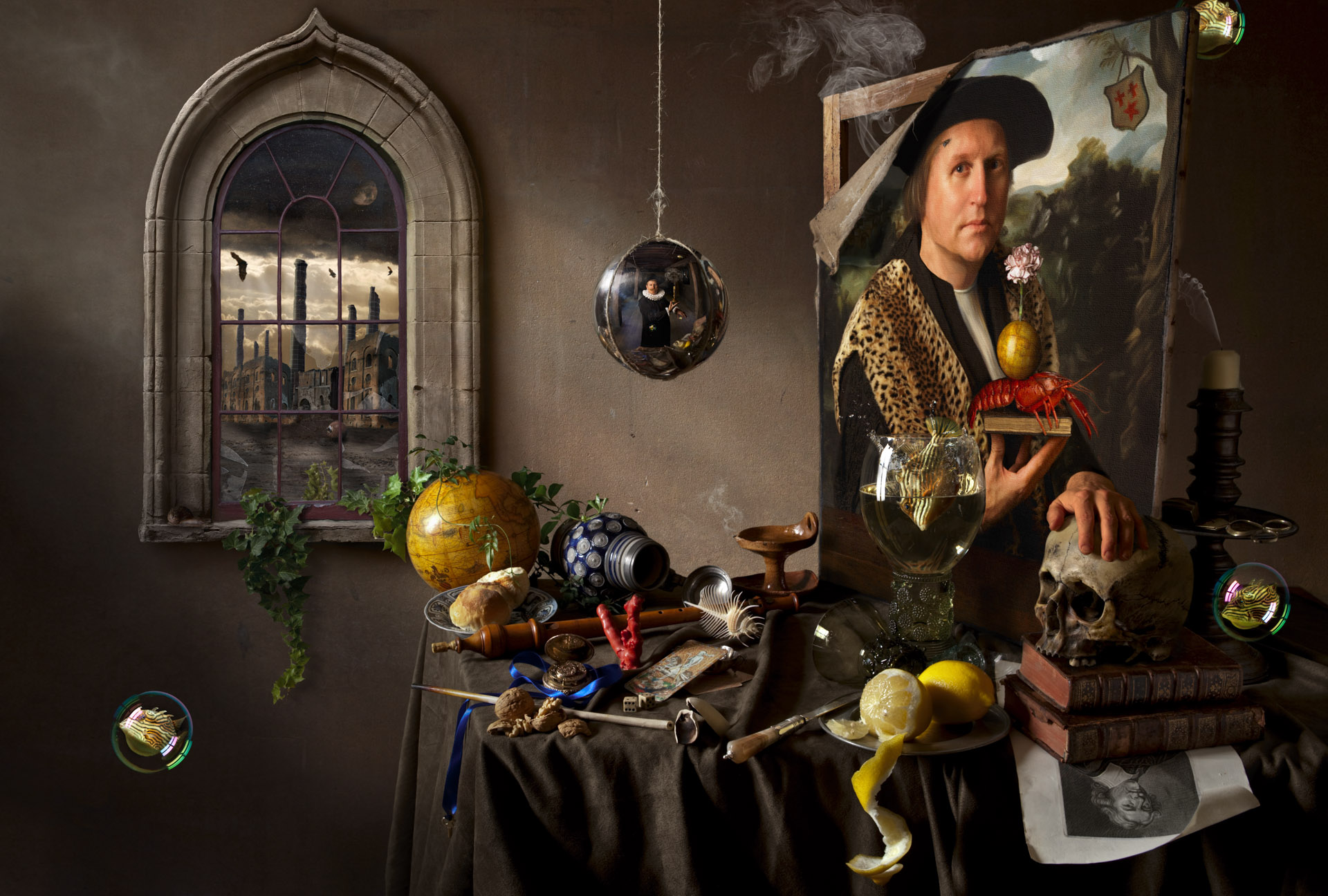 Kevin takes us back to the golden eras of still life painting. He has amassed an extensive collection of items which featured in the original paintings of the Dutch Golden Age. Giant glass Roemer’s, delicate “Kraak” porcelain, German Westerwald jugs, agate and silver knives, silver cups and 300 year old bronze candlesticks that have miraculously survived many attempts to be turned into cannon.

What he can’t find he makes, acquiring skills as a wood tuner, carpenter, set painter and jeweller.

Each work can take weeks or months to complete; his meticulous technique was learned at The Australian Centre for Photography.

The aim of the Dutch masters was to make their paintings look as life-like as possible. Kevin’s aim is the opposite –  to make life, painterly.  When people first see his photographs they assume they are paintings and are amazed when they realise they are in fact photographs.

Kevin Best’s practice has been recognised in Australia, his self-portrait after David Bailey was shortlisted for The 2009 Australian National Photographic Portrait Prize which toured nationally.

He was commissioned in 2008 by Graft architects to create enormous high resolution works for the Gingko Bacchus Restaurant in Chengdu China. This was a major feature of the design which was a finalist in the 2009 American Institute of Architects Restaurant Design Awards.

His works are a major feature of the Conservatorium Hotel, just a short stroll from the Rijksmuseum in Amsterdam and countless private collections across the globe.

2 years of careful research was required in order to create a series of photographs based on the work of the 20thcentury Italian master of still life Giorgio Morandi. Then began a lengthy process of acquiring the exact same bottles and vessels used by Morandi. Followed by developing unique techniques to make them look painterly. One of these works was shortlisted for, and exhibited at, the prestigious Eutick Memorial Still Life Award in 2018.